The Trainer of the 8-week mindfulness training is Guido Madera, together with yoga teacher Jasmijn, partner of Liv Yoga & Mindfulness. Guido has completed his education at the CvM (Centrum voor Mindfulness) in Amsterdam, and is a certified Mindfulness Trainer in the highest category (category 1), and a member of VMBN (Vereniging Mindfulness Based Trainers Nederland en Vlaanderen) under registration number 2017990. As such, depending on your health insurance provider and your additional insurance package, you may be eligible to obtain reimbursement for (part of) your mindfulness training. 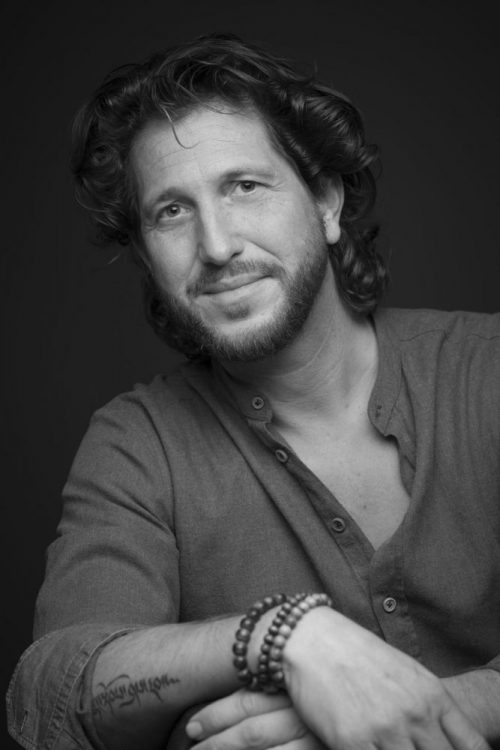 Guido: “I was about 20 years old when I first read the Tibetan Book of the Dead in my small attic bedroom. I was reading the letters, the words, the sentences, but was unable to truly grasp the context. I was, however, deeply fascinated, and could not help but want to understand more. I made the decision to exchange my budding career for a pair of sturdy walking shoes and went off to the Himalayas to find answers. I climbed majestic mountain summits, passing prayer flags caught in the wind, travelling from monastery to monastery. What is it those monks are doing when they meditate, what’s written down in those scrolls, why do they seem so deeply content and happy with next to nothing, and why do we in the west still feel discontented and unhappy even with everything we have at our fingertips?

Deeply touched, but also deeply lost, I met a Sadhu (a Hindu ascetic) by a waterfall. In a small, modest mountain hut, sleeping on hesian sacks for mattresses, he initiated me into the world of yoga philosophy, both mentally and physically. He never spoke, so we communicated through writing, and only ever if he felt doing so was ‘relevant’. And so I learned. ‘I am not my thoughts – life as I know it is an illusion.’ My worldview was turned completely upside-down, but in the process, I experienced a deep sense of peace and found the inner source of calm and wisdom. I decided to stay in India and move in with my teacher in his cave in Hampi, in the southern part of India. While on the way there, I fell ill and was forced to return to the Netherlands. Back home, with my illusions about life left shattered in my wake and my head still up in the clouds of the Himalayas, I had immense trouble grounding and finding my way again. I decided to spend a few years in Africa, working as a travel guide, driving my safari truck through wildife reserves, spending time among the elements and visiting local tribes to get my feet firmly planted on the ground again. It worked!

Once I returned to the Netherlands once more, I spent a few years happily, dedicatedly contributing to the growth of travel organisation Riksja Travel, while making sure to frequently get on my mat in my spare time. Many years later, a long way from where this journey first started, I now (finally) feel as though I am able to integrate east and west in my life. I found my calling, that compliments this beautifully, in the Mindfulness Trainership. Together with the love of my life and wife Jasmijn, I am the proud co-owner of Liv Yoga. The place where Jasmijn and I met, I proposed to her at, and where our yoga adventure got the depth we both were looking for. Our aim and wish at Liv Yoga is to share the lifestyle of yoga with you, inspire one another and learn from one another, so that we can work together to make the world that little bit better.

I’d love to meet you for an interview (without obligations).